“There is no life for us – neither in Bagdad, nor anywhere else. The Islamic State rape girls and force them to convert to Islam. They have taken over 500 girls already. It was unbearable at this point. I dropped out of fifth grade and left.” This is how the story of the 17-year-old Asma* from Iraq, who is part of the Kurdish minority Yazidi, starts. She was systematically persecuted by ISIL in Iraq and Syria.

The story continues in action film style – the girl, together with her underage little sister crosses the Turkish, Bulgarian and Serbian borders illegally. She is locked up for four days by smugglers close to the Bulgarian-Turkish border, afraid that they would sexually assault her. She is pushed back from Serbia to Bulgaria, then from Bulgaria to Turkey. Everything ends in the beginning of 2016 in a detention centre for foreigners in Bulgaria. 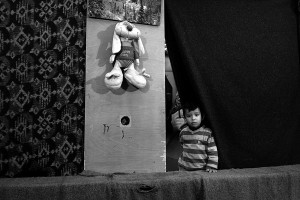 Asma is one of the many unaccompanied minors whom the team from the Center for Legal Aid – Voice in Bulgaria and Bulgarian Lawyers for Human Rights met while studying the reasons for the detention of migrants in the closed centres run by the Bulgarian Ministry of Interior, such as those in Lyubimets and Busmantsi.

It would be appropriate to mention that the young Iraqi woman is not a typical refugee child who ends up in Bulgaria. Most of the unaccompanied minors here are teenagers from Afghanistan – a trend that is common for all of Europe. What unites all these youngsters is their shocking stories that have sometimes brought them here completely by chance, as well as the lack of adequate care that they should receive as part of a vulnerable group.

Who are the refugee children?

According to data from Eurostat, in 2015 a total of 88,300 unaccompanied minors applied for asylum in the EU countries. With the sudden influx of refugees in the past years their number has grown significantly. While during the period of 2011-2013 between 11,000 and 13,000 unaccompanied children applied for asylum in Europe annually, in 2014 their number doubled to 23,000, and in 2015 it was four times as many as the previous year. Here in Bulgaria, a total of 1,815 asylum applications were filed by unaccompanied minors in 2015, and this indicates that our country is in the seventh place in the entire EU.

Over 90% of the youngsters who have entered Europe by themselves in 2015 are boys, and more than half are 16-17 years of age. About 13% of the unaccompanied minors, or around 12,000, are children under the age of 12. The most common country of origin is Afghanistan, from where over half of the refugee children originate.

This has its explanation – in the regions of the country controlled by the Taliban, an intensified use of children as part of the army of the extremists is observed. Based on data from Human Rights Watch from February 2016, the trend of inclusion of child soldiers in the Taliban army overlaps with the period after April 2015 when the radicals reinforce their attacks against the government forces in North Afghanistan. According to the human rights organization, the indoctrination of children in cities like Kunduz starts as early as the age of six in the religious schools, known as madrasa.

Many of the extremely poor parents are obligated to send their children precisely to the madrasa schools that are controlled by the Taliban, because the expenses for education, food and clothing are covered by the school. But there, instead of getting a traditional Islamic education, the young boys are being prepared to become committed jihadists who enter into battles after turning thirteen years of age.

According to the stories of some of the children in the detention centres Busmantsi and Lyubimets, very often the Taliban impose taxation in kind on the poor Pashtun families from the rural areas, forcing them to send their boys to become fighters.

“The Taliban did not let us study. They wanted us to become a part of their army,” says 17-year-old Ali. Omar, also 17, from Afghanistan, arrived in Bulgaria with his cousin, and says the same. Another boy, Mohammad, says that one night the Taliban kidnapped his father. His uncle gave him money and told him to run because the same thing might happen to him.

From there onwards the road is similar – Pakistan, Iran, Turkey, Bulgaria. Smugglers, cars, trucks, low-paid under-the-table work, attacks from traffickers and the police, illegal crossing of borders – all experiences that are unfit for an underage child, who by the end of his or her journey unwillingly becomes an adult.

The arrival in Europe also contains risks. Over the last several years, at least 10,000 refugee children have gone missing, according to data from the European police service “Europol” – shocking statistics that show total the unpreparedness of the EU to respond adequately to the growing problem.

Bulgaria is not an exception, as made evident by some clear flaws of the system for reception and integration of unaccompanied minors. 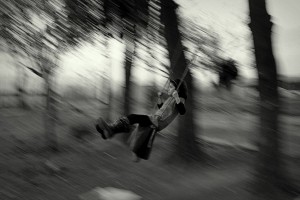 “Forcible confinement may not be imposed on unaccompanied minors,” reads Article 44, par. 8 of the Law on Foreigners in Bulgaria. It says further that the authority which issued the order for imposing a forcible administrative measure must inform the respective Social Assistance directorate which must take measures for protection under the Law on Child Protection.

All the young people whose stories are told in this article, however, were interviewed precisely in detention centres. Some of them share that when they were arrested at the border, they were assigned to an adult from the same group with which they were detained. This allows the Bulgarian state to deprive these children of their freedom – an act, which in principle contradicts both Bulgarian law and European and international practices. The Ombudsman of the Republic of Bulgaria alerted of this problem in her annual report presented at the end of May 2016. The report mentions curious cases, including the “coupling” of a boy from Afghanistan with an “accompanying adult” who was from Pakistan.

“Very often children are listed as accompanied by people whom they do not know,” lawyer Dilyana Giteva from Bulgarian Lawyers for Human Rights explains. According to her, this creates many additional problems, because both official documents that are issued to the children – an order for forcible removal from the country and one for placement in a detention centre – are served to the adult considered to be accompanying the minor.

Thus, in the absence of communication between the child and his or her so-called guardian, young people risk missing the deadline for filing an appeal for being detained, to apply for asylum and to obtain any adequate information about their stay in the country.

“There is no mechanism – neither in law nor in practice – for the provision of any protection for these children, who are deprived of their freedom,” said the lawyer. She adds that the only assistance that unaccompanied minors receive is from NGOs, but with them as well everything is “a matter of chance.”

The young people who manage to apply for asylum are released from closed centres of the Ministry of Interior and transferred to the open camps run by the State Agency for Refugees (SAR). Others who fail to apply for refugee status are left on the street without legal documents, as the maximum period of detention of a foreigner is 18 months, though the maximum period is rarely applied.

“They go out in the streets with all the risks that they face there. They are children without income, without a home, without means of subsistence. What happens to them – we can only guess,” warns Giteva.

It is logical to think that care for unaccompanied refugee children living in the open refugee centres run by the SAR would be in the hands of the Social Assistance Agency and the State Agency for Child Protection. As institutions responsible for Bulgarian children without parents, they have the necessary skills to deliver services to children at risk.

Over the past five years, however, the issue of guardianship of unaccompanied minors remains unresolved, which in practice deprives the children from effective representation before the state institutions, of which NGOs have repeatedly signalled.

In 2015, the program for legal aid for refugees and migrants of the Bulgarian Helsinki Committee monitored the cases of 40 unaccompanied children, and in 100% of the cases there was no guardian appointed. In merely two of the cases the appointed social workers advocated for them and supported them during the asylum procedure interviews.

Nobody knows how many children have left the country before or after receiving refugee status, nor what their fate is.

In response to the growing problem, in 2015 amendments to the Law on the Asylum and Refugees were prepared, with the aim to make the child protection authorities take on responsibility for the guardianship of refugee children. In the amendments adopted in October 2015, however, the Ministry of Labour and Social Policy managed to shift the burden to the municipal authorities. This happened despite the protests of experts from SAR, MPs from the parliamentary Legal Committee and representatives of the NGO sector. The enactment of the legal amendments did not happen without tension, becomes clear from the transcripts of the meetings of the Legal Committee of the National Assembly from April and July of last year.

After long and futile disputes with the social ministry, in July 2015 the chairman of the Legal Committee, Danail Kirilov, said bluntly: “Nobody wants to take responsibility.” So municipalities found themsleves obliged to appoint representatives of unaccompanied minors. Municipal officials are obliged to look after the legal interests of children and to protect their best interest in regard to health, social and educational institutions until they reach adulthood.

In practice, however, even if they have the good will, they have neither the training nor the capacity to perform these functions well. Sources of Dnevnik who work on cases of unaccompanied children said that one representative from a municipality is sometimes appointed to hundreds of underage refugees.

As a result, the performance of guardianship functions is purely formal, as one needs months to get acquainted in detail with the situation of the children and their personal stories. The ensuring of the safety of children is also on paper only.

Meanwhile, the young refugees continue to arrive in Bulgaria and to leave as soon as possible, leaving their lives in the hands of smugglers. Ultimately, the choice is theirs and the moral responsibility for their safety – nobody’s.

*The text was initially published in Bulgarian then news site Dnevnik,http://www.dnevnik.bg/bulgaria/2016/06/17/2778428_sudbata_na_samotnite_deca-bejanci/

The author of the text, Maria Cheresheva is a Bulgarian journalist, correspondent for the Balkan Investigative Reporting Network (BIRN) and vice-president of the Bulgarian branch of the Association of European Journalists. The photos are by the Spanish journalist and photographer José Antonio Sanchez Manzano, who has spent the last several years documenting the lives of refugees in Bulgaria and the region. The translation for DETAINED was done by Anna Bazelkova. The material is part of the “Who is detained?” project, implemented by the Center for Legal Aid “Voice in Bulgaria” with the financial support of the European Programme for Integration and Migration (EPIM), a collaborative initiative of the Network of European Foundations (Network of European Foundations – NEF). The sole responsibility for the content lies with the author(s) and the content may not necessarily reflect the positions of NEF, EPIM, or the Partner Foundations