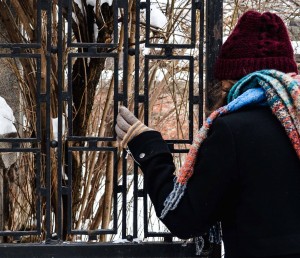 On 15 February 2016, the Ombudsman of the Republic of Bulgaria published its annual report as a National Prevention Mechanism of torture and other forms of cruel, degrading and inhuman treatment in Bulgaria’s prisons and other places for deprivation of liberty.

A key theme in the report were the conditions in the Ministry of Interior’s centres for the administrative detention of foreigners. Along with pointing out that the so-called Distribution Centre in the town of Elhovo continues to function without the proper regulatory framework, the report found a worsening of the material conditions in the pre-detention centres of Busmantsi and Lyubimets: dirty sleeping spaces and bathrooms, insufficient personal space and lack of sanitary products. Communication between detainees and the staff is obstructed by the fact that there are no interpreters.

Regarding the detention of children, the report reads are follows:

“As a National Prevention Mechanism (NPM), the Ombudsman cannot remain indifferent to the continuing placement in the [closed centres] of families with children […] [T]he special homes are unfit to house children, as they don’t have the required conditions and the specially trained personnel. The NPM therefore recommends again that in regards to this target group, the possibility for applying alternatives to detention are considered.”

Detaining unaccompanied minors is specifically outlawed in Art. 44(9) of the Law on the Foreigners in the Republic of Bulgaria. However, on her visits to the detention centres, the Ombudsman found:

“[…] several cases of minors, listed in the [deportation and detention] orders of adults, without the persons in question knowing each other and without any family connection whatsoever between them. In this manner, the children are formally listed as accompanied and the ban of the detention of unaccompanied minors is avoided. In reality, they are unaccompanied minors, who should have been identified as such and who must immediately receive help and support as members a particularly vulnerable group.”

The CLA team, while visiting the detention centres as part of completing the “Who Gets Detained?” project, confirmed these findings. It met a number of detained unaccompanied minors, whom the centre’s administration had listed as accompanied by a seemingly randomly chosen person who happened to be a part of the same group traveling together and smuggled into the country. Litigation was initiated in some of the cases with the help of Bulgarian Lawyers for Human Rights.

For a report on the Ombudsman’s findings, please see Bulgaria Evades Ban on Detaining Child Refugees by Balkan Insight.

Keep following DETAINED for an upcoming in-depth story on the detention of minors in Bulgaria’s closed centres for migrants.