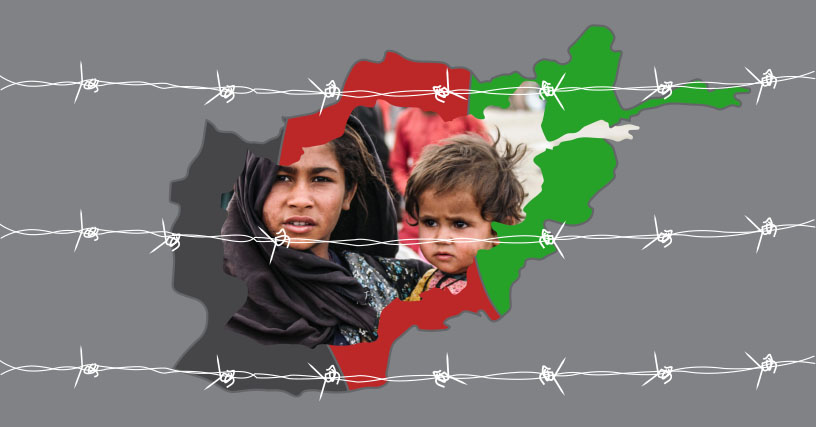 The withdrawal of U.S. and NATO troops from Afghanistan and the subsequent abrupt takeover by the Taliban in the summer of 2021 triggered an increase of asylum applications (Актуална информация | ДЪРЖАВНА АГЕНЦИЯ ЗА БЕЖАНЦИТЕ (government.bg)) of Afghani nationals in Bulgaria. Bulgaria evacuated around 70 people from Afghanistan, who had worked for the country within the NATO operations. However, many others who flee Afghanistan alone or with their families and manage to reach Bulgaria go through strenuous asylum procedures. The Bulgarian refugee agency has so far rejected the large majority of claims, arguing that Afghan nationals do not meet the requirements for asylum protection even in view of the new Taliban rule. Although it has been recognized internationally no one should be forcibly returned to Afghanistan at the present moment, and Bulgaria has hot recognized the current Taliban government, many Afghans continue to be detained (Open Data Portal (egov.bg) in the Bulgarian detention centers. Their detention seriously impacts their access to legal aid, asylum procedures and judicial review. Detained foreigners are usually unable to file an appeal against their detention orders from within the detention facilities. Court delays and especially their failure to comply with the legislated expedited terms for reviewing detention orders seriously affect the possibility of immediate release from the detention centres. Particularly, Afghan nationals face challenging and inconsistent treatment by the Bulgarian courts regarding the assessment of their individual circumstances and the situation in Afghanistan. Moreover, Afghans constantly face push-backs, violence and humiliation by border officials. In the beginning of 2022, Bulgarian NGOs were receiving reports (Escalation of Push-backs from Bulgaria’s borders | Detained in BG) that Afghan nationals, including children, were being forced back over the border by Bulgarian policemen and subjected to violence, stripped and robbed of their personal belongings.

The pressure from the Ukrainian crisis adds to the shortcomings that non-Ukrainian refugees face in Bulgaria.  The crisis intensity begins to exceed the capacities of the Bulgarian administration and NGOs. In this regard, also Afghan nationals, as one of the biggest asylum-seekers groups in Bulgaria, could feel even more authorities’ reluctance, restrictions to enter the country, push-backs, detention, considerable administrative delays, serious limitations in their rights to legal pathways and humanitarian services. As the international community is looking toward Ukraine, Taliban authorities currently impose severe restrictions in Afghanistan especially with regard to women’s rights and freedoms. However, namely the Ukrainian war is also a reminder to not lose focus on other ongoing conflicts and violence, humanitarian crises and violations of human rights.