Since the beginning of 2022, more than 150 reports of unlawful practices of forcible repulsion of asylum-seekers from the territory of Bulgaria, the so-called push-backs, have been received by the „Center for Legal Aid – Voice in Bulgaria“ (CLA) and our partner organization „Mission Wings“. Receiving such spontaneous reports is extremely rare for us as organisations, as it is very difficult for pushed back people to make any kind of contact with a local organisation in the country from which they have been turned away, without anyone assisting them. This is why the increased number of alerts received was a huge red light for us; it got our attention and triggered a series of actions. 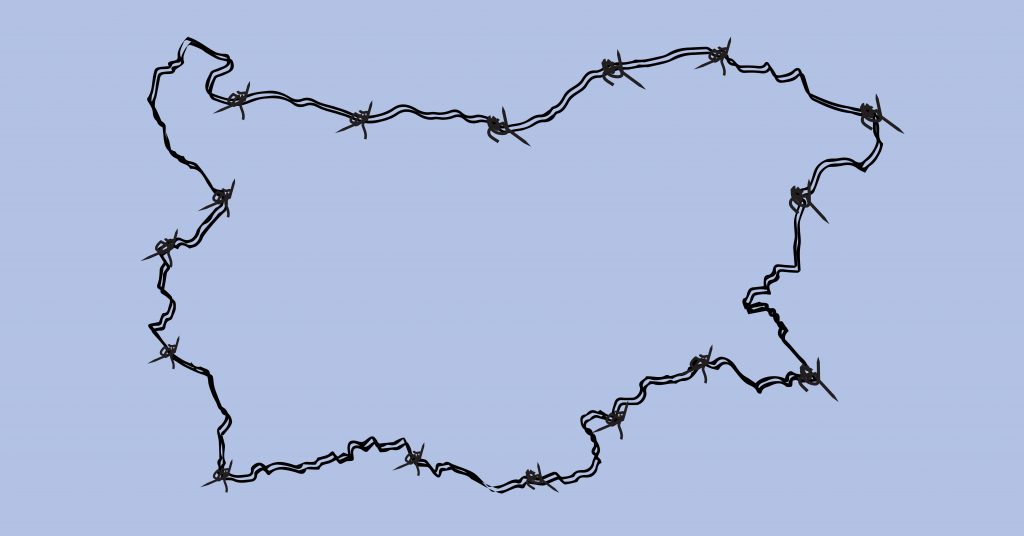 The issue of forced push-backs from the border of asylum seekers is not new. This phenomenon is not only observed in Bulgaria, but along the entire land and maritime borders of the EU, reported by numerous human rights organisations. It is not just the result of individual actions of officials abusing their power, but unfortunately it is an extreme form of a long-term unbalanced migration policy, stigmatizing migration as a whole as something dangerous, and focused on prevention, detention, returns, and coercive measures, rather than managing and facilitating migration processes.

This is why unbalanced migration policy naturally leads to this extreme manifestation of coercion and prevention – an unlawful, tolerated by governments, attempt to stop migration by punitive physical repulsion of those trying to access protection in EU territory, fleeing war and persecution.

This is the reason we need to remind ourselves again and again that push-backs are indeed an undisputed harsh violation of the core human rights embedded in numerous international and national instruments of law.

Access to the territory of a host country is one of the fundamental principles of refugee law. Asylum seekers can only enjoy the rights provided for in international and European law once they have entered the territory of the country. Any state official – border guards, police officers, migration officers, officials in any other administration – before whom a foreigner who has entered our territory declares himself or herself to be seeking protection, has a duty under art. 58 of the Bulgarian Law on Asylum and Refugees (LAR) to refer him or her to the competent institution in the country – the State Agency for Refugees. It makes no difference whether the asylum seeker enters with or without a visa, with or without a regular travel document, through a checkpoint or through a green border. It does not matter whether he or she has entered our territory and is at the checkpoint itself, a few kilometers from the border or deep inside the country. In the case of seeking protection, due to the exceptional nature of the situation in which the individuals find themselves (fleeing persecution or war), they are exempt from criminal liability for breaches of our border and immigration regime – art. 279, par. 3 of Bulgarian Criminal Code. At the same time, any public official who fails to comply with his/her legal obligation to ensure access to the territory of an asylum seeker and to refer him/her to the competent institution is liable for violating the administrative provisions provided for in the LAR and is subject to administrative liability. Moreover, if the acts of repulsion are accompanied by the use of violence, infliction of bodily harm, threats, insults, robbery or acts degrading to human dignity, the perpetrator is criminally liable under the Criminal Code for a criminal act committed by a public official in the context of their official duties.

The substantial increase of signals of push-back practices in Bulgaria led to the undertaking of an independent field visit to Turkey by representatives of CLA and our partners at Mission Wings organisation. We had the opportunity to meet some of the people who are victims of these practices in person. Among the most striking were the stories of unaccompanied minors from Syria, whose encounter with the Bulgarian authorities was not at the border but when they sought asylum at one of the refugee camps in Sofia, and were nevertheless pushed back (taken out of the country) in spite of the clear asylum requests they had made. Their personal testimonies can be heard in a short documentary video material we made, presented at special event in Bulgaria in June 2022. Signals of similar push-backs happening after attempts of refugee camp registrations have followed on multiple occasions to the degree that now new-coming asylum seekers are afraid to go to the camps and instead reach out to our offices in Sofia an Harmanli for help. The latest signal from the end of June 2022, referred to CLA from Caritas-Sofia, concerned a humanitarian protection status holder from Afghanistan, transferred to Bulgaria from Greece under the EU relocation program, who was pushed back to Turkey together with his minor brother, a new-coming asylum seeker, who broke his leg in an attempt to pass through green border in Bulgaria.

CLA together with Mission Wings has submitted reports of these incidents to the State Agency for Refugees, UNHCR and UNICEF, the Ministry of Interior, Border Police and the Ombudsman of Bulgaria. Five criminal procedures have been launched since the beginning of the year with several more to come in the coming months. One more criminal procedure was launched at the report of the CLA, Mission Wing and Foundation for Access to Rights (FAR) in the beginning of January 2022.

With all these actions, we want to show our staunch opposition unacceptable practices in Bulgaria by holding institutions politically accountable for failing to prevent and address unlawful actions by their employees, as well as by holding each specific perpetrator of violent push-backs personally criminally responsible.