A landmark decision of the Bulgarian Supreme Administrative Court (SAC) from January 2016 may improve substantially the state of human rights for detainees in the closed centres for foreigners awaiting deportation, sparing them the humiliation and pain of body searches and solitary confinement. The ruling in successful lawsuit against the Ministry of the Interior, launched by the non-governmental organization Bulgarian Lawyers for Human Rights (BLHR), declared the practices illegal, finding them in violation of the Bulgarian Constitution and contradictory to the rules of legal order.

“It is an important decision,” says Diliana Giteva, the BLHR lawyer who led the case, “because it repeals unlawful legal provisions, which affected an unlimited number of people.” The impugned provisions, she adds, limited the human rights of the detainees through a regulation, without the limitation being laid down in a law of higher order. 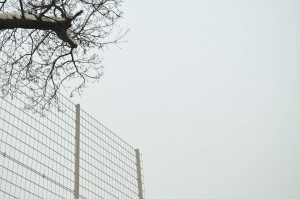 The contested provisions are contained in the Regulation on the Temporary Placement of Foreigners and the Organization and Activity of the Special Homes for the Temporary Placement of Foreigners (the “Regulation”). The two homes of this kind, one in the area of Busmantsi near Sofia, with a capacity of 400 spaces, and the other in the small town of Lyubimets near the border with Turkey, with a capacity of 300 spaces, are, despite their fancy names, regular prison-like facilities for detaining migrants awaiting for their deportation orders to be carried out. Detention of migrants, including asylum seekers, is widespread in Bulgaria, although the latter seem to be spending only a relatively short time in detention since the transposing of the Reception Condition Directive in October 2015. The Directive imposes strict deadlines of up to six days for the registration of asylum seekers and the ensuing transfer to an open-type reception centre.

Performing a search on the detainee is mandated in Art. 12a (1) of the Regulation: “Upon placement [in the centre for administrative detention], a search of the [detained individual] is conducted.” The search is performed, according to the Regulation, by two officers from the security unit of the detention centre, and a protocol for the search is signed by them and the detainee. The SAC repealed Art. 12a (1), accepting the arguments of the BLHR that the measure was unlawful, because it concerned neither the order in the detention centres nor the organization of the placement of foreigners there, which constitute the subject of the Regulation. Since the Law on the Foreigners in the Republic of Bulgaria (LFRB) does not envision such measure, by introducing it for the first time the Regulation is in violation of the Bulgarian Constitution, which requires that any infringement of basic human rights – and a body search represents such infringement – to be laid down in law. Thus, the Regulation imposes a measure that is outside of its legal scope. Importantly, the SAC’s ruling points out that the search of detainees cannot be justified with the same reasons for which a search lawfully performed by police is justified, namely, when there is basis to believe that the individual has committed a criminal offense. The court pointed out that the sole reason for detaining foreigners in the special homes is to organize their removal for the country, reminding thus the Ministry of Interior that these people should not be treated as criminal offenders.

The practice of putting detainees in solitary confinement as a disciplinary measure is, in turn, defined in Art. 14 (3) of the Regulation, which states: “[A] foreigner who seriously violates the rules of the internal order of the [detention centre] is transferred to a separate space – a secured individual room – for a term no longer than 15 days.” As with the provision on body searches, the SAC found the solitary confinement provision unlawful for reasons of not being laid down in law, as required by the Constitution, but introduced for the first time in the Regulation, whose scope is only to specify how the higher-order law (the LFRB) must be applied.

It its plea submitted to the Court the BLHR also pointed out that that the vagueness of the provisions on solitary confinement created uncertainty and unpredictability for the detainees, as they could have no way of knowing which acts of theirs could make them subject to disciplinary measures. The BLHR also argued that the solitary confinement measure was not proportional to its purpose, as no lighter measures were available, and that it was arbitrary, since it granted unlimited discretion to detention centre officials to impose the measure in any situation and for any length they deemed appropriate.

Interviews, conducted by researchers from the Center for Legal Aid – Voice in Bulgaria (CLA) as part of the “Who Gets Detained?” project confirmed the suspicion that disciplinary measures were meted out to detainees in an arbitrary fashion, without legal scrutiny or an opportunity to contest them. Former detainees in one of two of Bulgaria’s closed centers for pre-removal detention, who chose to remain unnamed for fear from retribution, shared with the CLA team that punishments, including physical violence inflicted by the staff and being restrained and confined to a particular space, were frequently imposed, without prior knowledge as to the reasons for the disciplinary measures or an avenue to contest them.

In addition to being an important achievement in the defense of the rights of detained migrants, this case is also significant in regards to the ability of non-governmental organizations to challenge human rights violations in the courts. The BLHR was granted standing in the case on the basis of its mandate to ensure the upholding of national and international human rights law and mechanisms. This can serve as a basis for other non-governmental organizations to claim having a legal interest and be granted standing in cases related to their mandate, without necessarily representing a particular client.

While the ruling of the SAC in this case is a legal victory to the benefit of detained migrants, it remains to be seen the extent to which it will be implemented, on one hand, and, on the other, whether the Ministry of Interior will attempt to correct the illegality of the Regulation’s impugned provisions by proposing changes to the LFRB. And even if body searches and solitary confinement in the closed centres are outlawed, the restricted access of the detainees to legal aid and the lack of information on their rights mean that their ability to challenge a continued practice of these measures will remain limited.