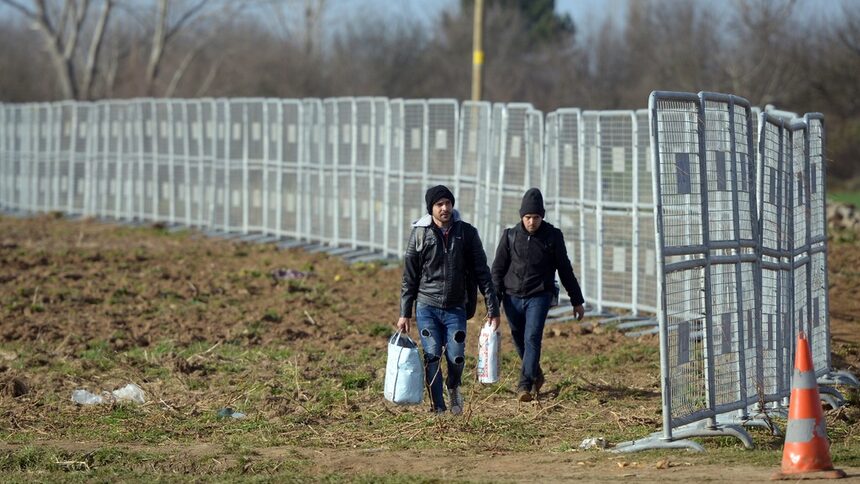 Two months after announcing an unprecedented surge in the number of migrants trying to enter Bulgaria, the authorities reported that they had brought the situation under control. Official state data confirms this – there has been a noticeable increase in the number of offenders detained, and reports by the interior ministry of people detained in police raids or after chases on the country’s roads have increased.

According to Interior Minister Ivan Demerdzhiev, the situation along the border with Turkey has been brought under control as a result of repairs to the 30-kilometre wall in the border area, the involvement of the army in security and the use of helicopters and drones to help the military. According to NGOs, however, the reason for the positive statistics is different – some migrants enter unhindered with the help of border guards, while others are repelled at the border with violence. Some of those who manage to cross into the country are turned back from the interior by “civilian” patrols whose actions go unnoticed by the authorities.
Representatives of civil organisations working with refugees in the south of Bulgaria – in the areas close to the Bulgarian-Turkish border (Yambol, Haskovo and Burgas) – confirmed to Dnevnik that since the beginning of the year the migration pressure has been much stronger than before. They do not just deny the claim of the caretaker Deputy Prime Minister and Interior Minister Ivan Demerdzhiev that the situation is under control, but state that there is no evidence of violence along the border, tensions are rising around the accommodation camps and the Interior Ministry is not reacting. Some describe the situation as “hell”.

Stopped from entering the country: not only how many, but how

According to official data, at the beginning of the year 70% more migrants were detained while trying to enter Bulgaria illegally compared to the same period of the previous year. In 2022, this amounts to 2 016 third-country nationals, compared to 1 142 in 2021, the Interior Ministry statistics show. The majority of them are Syrians and Afghans.

According to the ministry’s information, the reception centres are also overcrowded with almost 90% of the capacity, and the flow of people trying to cross the Bulgarian-Serbian border has also increased. There, the increase in detainees has more than doubled: 3 884 people from the beginning of the year to the end of October, compared to 1 648 since 2021.
Responding to a parliamentary question on 29 October 2022, Deputy Prime Minister Ivan Demerdzhiev said that since the beginning of the year, the Interior Ministry had managed to stop more than 130 thousand migrants from entering the country illegally.

According to NGO representatives, however, in most cases this is done by force. “In practice, there is a verbal order to repel and not allow them on the territory of the country,” says Diana Dimova of the Mission Wings Foundation. The organisation, based in Stara Zagora, is one of the most active and has been working with people seeking international protection for years.
In May, the international human rights organisation Human Rights Watch reported that it said Bulgarian police beat, rob, strip and use police dogs to attack Afghans and other asylum seekers, then push them back to Turkey without a formal interview or asylum procedure. Their conclusions are based on investigation and interviews with victims.

There has been no official comment from the Interior Ministry on this information. In its reports, the ministry does not disclose whether there are any cases of violence against migrants or whether there are any investigations into such cases. Regular information is only disclosed on the number of people detained while trying to enter, cross or leave the country. “Dnevnik has sent questions and is awaiting comment from the department’s press office on what the NGOs have said.

Underground, or the fear of going back

Diana Dimova says many of those who have managed to cross the border illegally are afraid to seek protection in Bulgaria because in many cases the police directly load them into vans and return them to Turkey, sometimes robbed and beaten. “We have reports of people being robbed, stripped, there are people with medium injuries. We have evidence that there have also been deaths as a result of police force. There are many people who are seeking protection but have no way to come forward and the cannibals are taking advantage of this until the Interior Ministry counters them,” Dimova says.

This leaves an unknown number of people in the country who are staying illegally and trying to leave without being caught by the authorities, often willing to take risky actions to avoid arrest. As a result, vehicle chases have increased on the roads in different parts of the country, most often resulting in accidents. The most serious case so far is from the end of August, when a bus with nearly 50 illegal migrants hit a police patrol car in Burgas and killed two policemen. The most recent is from Monday (31 October) – a chase on the Trakia motorway ended in a minor crash and 15 caught. 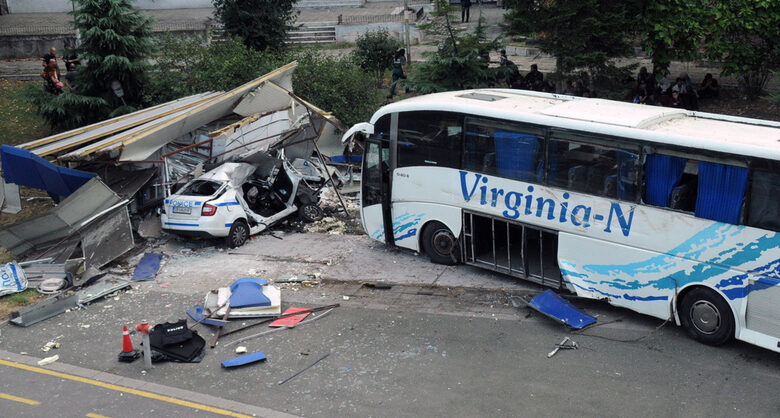 Some of the residents enter the country not just without a problem, but with police protection. According to Minister Demerdzhiev, there have been cases in which Border Police officers “escort” vans with migrants. He specified that there are at least ten law enforcement officers who are confirmed to have been involved in such schemes, and others are being checked.

Confirmation of migrants staying in the country illegally came from a recent statement by Prosecutor General Ivan Geshev, who said the morgues in Burgas hospitals are full of dead migrants: ‘They say there is no migrant pressure. But the hospitals in Burgas are full of unidentified dead persons that hunters find in the forest”.
The information was confirmed by the only forensic doctor in the district and director of Forensic Medicine, Dr Galina Mileva. “The refugee flow is huge. There are many corpses in the Burgas morgue – unidentified or of people whose relatives do not want to take them to bury them. We have one cold chamber with 9 beds, but we keep 18 corpses in it, as well as a cold room with about 30 bodies. We have a freezer that we purchased in the summer during the biggest influx. It’s an ice cream freezer that we currently store three bodies in. And in the freezer room the bodies are piled on the ground, in bags! And this in the 21st century!” says Mileva in an interview with the newspaper. “24 hours“.
According to her, corpses of refugees are transported almost every day, dead after frostbite, some illness or of the lost. They are found in wooded areas near Stranja villages that are on the migrants’ route. There have also been cases where the bodies were eaten by animals. The bodies cannot be identified and this makes their release very complicated.

The increase in migrants and the filling of accommodation centres has revived the fashion of so-called citizen patrols, which declare themselves guardians of public order. There were similar groups, which “arrested” foreigners in violation of Bulgarian laws, along the border in 2016, when the migrant pressure from the border with Turkey began. Then the names of Petar Nizamov – Perata and Dinko Valev became notorious with the detention of Afghans and Syrians.
Now in Harmanli the so-called civil patrol is led by the municipal councillor from the nationalist party “Revival” Nikolay Georgiev. He and his supporters are pushing for a curfew in the city centre, which is one of the largest in the country and according to the Interior Ministry, almost 80% of its capacity is already filled. A few days ago, there was a protest involving more than 100 people, at which a demand was made that the centre become a closed-type facility, meaning that those housed there would not be allowed to leave its grounds.

Georgiev explains his actions with the behaviour of the migrants and the fear of the local people, especially women, of their actions. He explains to Bulgaria on Air television that the volunteers will monitor for crimes and report them to the police. Interior Ministry officers are the only ones who have the right to stop, check, restrict movement or issue orders to citizens.
According to NGO officials, participants in the “patrol” began taking pictures of refugees and accusing them of actions for which there was no evidence in an attempt to portray them in a bad light. According to unofficial information, there were also attempts to turn back people at the border who had managed to reach Harmanli. “There was a group of 14 people under the bridge in Harmanli who were scared to come out of there and seek help so that they would not be forcibly returned,” says Diana Dimova.