The former Jewish neighbourhood close to Zhenski Pazar (Women’s Market) in Sofia, ”Iuchbunar”, is now called Little Beirut more and more often, because of the growing number of inhabitants of Arabic origin. During the day the streets of the most multicultural part of the capital are colorful and merry, filled with all kinds of exotic aromas from the stores and restaurants selling goods from the Near and Far East. But at night the neighbourhood turns into a gloomy and stressful place.  A dozen of young migrant men from different parts of the world gather in front of the doors of the numerous hostels trying to find a job offer or a trustworthy smuggler who can help them leave Bulgaria illegally.  And overall they

are killing time, which behind the walls of the rentals for “illegals” passes very slowly.

Just a few meters from the synagogue in Sofia, there is a hostel where dozens of migrants from North Africa, Bulgarians and mainly Afghanis live together in miserable conditions. Most of them are waiting for the moment to come for them to cross the border with Serbia. Some have already gone through this route but have been deported back to Bulgaria from Hungary, Germany and the Scandinavian countries. Others, even though they have filed asylum claims in Bulgaria have spent months, even years detained in the centers for “temporary” detention of the Ministry of Interior, and still others do not have money to obtain documents nor to leave the country.

a common faith – that entering Bulgaria, they have made their dream to get to Europe come true

At the hostel though, the myth about the fair and generous European Union slowly debunks and the dream of a better life is gradually dying. This is why we named the nameless hostel “Europe.”

Who are these people that we hear about only on the news regarding the mass arrests of the Ministry of Interior and the State Agency for National Security? Why are they here and what are they doing in the streets of Zhenski Pazar and behind the walls of dozens of hostels full of people like them?  What does life in hiding mean? This story will try to give the answers of these pressing questions. 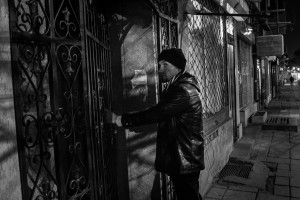 Azis is 21 years old and is from Afghanistan. He entered Bulgaria illegally together with his 13-year-old brother in 2014. Since then the two of them have been trying to cross the border with Serbia twice. Both attempts were unsuccessful. The second time the police arrested them, but his brother was released almost immediately. Azis spent about a month and a half in prison in Montana, lost contact with his brother and to this day has no idea where the boy is. In spite of the risk to go back to prison, the Afghan is determined to try to leave the country again. Meanwhile he is hiding from the police in one room of the hostel that he shares with three more people.

“If you come to my country and I mistreat you, will you stay? Will you want to return? How will we not want to escape from here, given that here they are treating us like criminals from day one?” asks Azis. 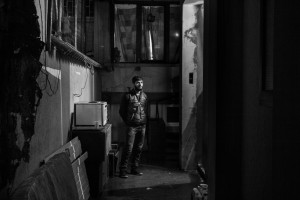 According to AIDA (Asylum Information Database), 94% of Afghans seeking asylum in Bulgaria receive a negative decision. In the case that they do not appeal the decision within the statutory period, asylum seekers have 30 days to leave the country voluntarily, after which they lose the right to reside in Bulgaria.

Most Afghans are aware of their almost zero chance of being granted asylum in the country and do not wait for the State Agency for Refugees (SAR) to rule on their requests. Therefore, in Hostel “Europe” turnover of persons is constant.

Han (pictured above) has also lost hope that he could benefit from international protection in the country and therefore moved to the hostel, where it is easier to find a way to continue on his way to Western Europe. He is frantically looking for a way to leave Bulgaria because his green registration card as a candidate for protection expires soon, and without it he cannot move freely within the country. The upcoming winter is another barrier to safe crossing of the steep and thick forest that separates Bulgaria from Serbia. 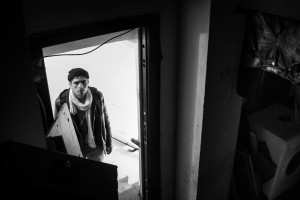 Hamid (pictured) is one of the Afghans who managed to reach the cherished Western Europe, but was returned to Bulgaria under the Dublin Regulation. Without documents, without the right to reside in the country, forced to return to Afghanistan, where nothing good awaits, he is in a legal trap.

“I travelled so many kilometers, spent all my money. In my country the situation is bad. I cannot go back there, I cannot and do not want to stay here. I’ll try again [to cross the border – editor’s note]. I have nothing to lose.”

A room in Hostel “Europe” costs 20 leva [at the time of publication of the material the price was higher, 30 leva – editor’s note] and owners allow a maximum of four tenants. In the basement, however, seven men are sleeping on three mattresses. The hygiene and conditions are appalling – the common areas are not cleaned and the garbage is not collected, there is a strong stench in the air, the furniture is old and worn out. A group of people use a miniature toilet, in which they bathe, wash their clothes and dishes. However, migrants mention that the place is far better than the detention centers of the Migration Directorate. They say that these are real prisons where 15 people share a room with no bathroom, and the guards lock the doors at midnight. 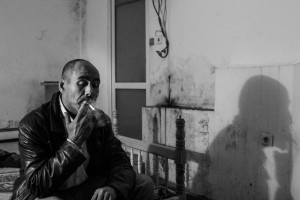 Mohammed ** (pictured) is 51, from North Africa. He lived in Germany 19 years – 10 illegally and nine as an asylum seeker. In 2013, the German authorities deported him back to his country. In June 2014 he crossed the Bulgarian-Turkish border illegally, hoping to be granted asylum here and to return to his daughter in Germany. After spending two months in a closed center in Lyubimets, he was allowed to move to an open camp, because he needed medical attention. He spent his first days in Hostel “Europe” and witnessed one of the large-scale police operations in the area. “They took all of us naked in the yard and arrested 20 people without papers,” says Mohammed, who was lucky, because he had documents from SAR.

Although he has spent more than half of his life in three different European countries, the man says that this is the first time he encounters such a situation like the one in Bulgaria. “There is no future for me here. Although hope dies last, I feel that I am losing time and opportunity in this hostel. Here dreams die for most of us.” 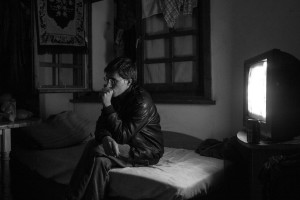 Bassem * is from Algeria. After spending four months detained in Lyubimets, the police stopped him before he could apply for protection which would provide him with legal documents and access to the open centers for refugees with SAR. Another 11 months in a closed center followed, this time – in Busmantsi. At the time of our meeting he was the oldest occupant of the hostel. When he comes back from work, the first thing he does is to pray.

Bassem shares a room with Omar and two other young men. Omar is a 22-year-old Syrian and has a humanitarian status that does not allow him to travel outside the country legally. Unlike his other friends, he does not have money to pay smugglers to escort him out of Bulgaria. Here it is difficult for him to establish himself because since 2013 Bulgaria has not ha had an integration program to support the refugees. He cannot fulfil his dream and start a small business, nor to find housing. The alternative to Hostel “Europe” for him is to sleep on the street. 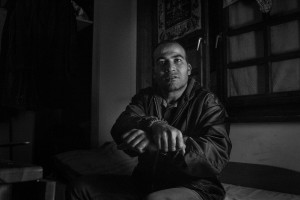 Like Bassem, Haled (pictured) spent 15 months in closed detention centers. He was released because of an urgent need for surgery, after which he arrived in Sofia and moved into the hostel. He started working as a mechanic on 10-hour shifts, for which he receives 20 leva under the table. His wage allows him to pay his part of the room that he shares with several other men, to buy cigarettes and something to eat. He prepares his food on an electric burner in the corridor together with 15 other occupants of the hostel.

“Until now I have never been to jail! Here in Bulgaria, I spent over a year locked up, without any connection with my son who is in the Netherlands. This has caused me serious psychological trauma. First I was in a prison, and now I’m in another. I feel like I am committing suicide, working every day just to survive and living in constant fear that the police will detain me again and sent me back to Busmantsi,” he explains, and adds:

“When I can, I will go to Serbia. It cannot be worse than here. At least I’ll be a little closer to the Netherlands”.

*The text and photos are by the Spanish journalist and photographer José Antonio Sanchez Manzano and were initially published in Bulgarian in “Dnevnik”. The translation and editing of the text was done by Maria Cheresheva; translation for DETAINED – by Anna Bazelkova. The material is part of the “Who is detained?” project, implemented by the Center for Legal Aid “Voice in Bulgaria” with the financial support of the European Programme for Integration and Migration (EPIM), a collaborative initiative of the Network of European Foundations (Network of European Foundations – NEF). The sole responsibility for the content lies with the author(s) and the content may not necessarily reflect the positions of NEF, EPIM, or the Partner Foundations

José Antonio Sanchez Manzano spent over a year visiting the Women’s Market area and the places where migrants gather to be able to tell their stories. At present, most of the characters in this story have either already left the country or no longer live in Hostel “Europe”. Jose collects the stories in his personal journalistic project “Europe, the Hostel of Broken Dreams”, of which this material is also part.

** Some of the names have been changed, to preserve the anonymity of the interviewees.